That said, we start from the Square Reina Isabel La Católica, the neurological centre of the old town. From this meeting point, we will depart to the Albaycín and Realajo districts. The statue represents the moment the Queen gives Columbus the signed capitulations to travel to America.

Immediately afterwards, we pass through the square of the poet Luis Rosales towards Corral del Carbon, from the 14th century. This neat monument was an inn for the merchants who came to Granada to sell their products. It was also a place to storage the grain. And later on, after the conquest bt the Christinas, it passed into the hands of the Catholic Kings in the 15th. century.

After leaving the Corral del Carbon, we cross the street and we arrived at the Alcaiceria. It was the old Arab souk for the sale of silk and spices above all. As an example of it, you can see a mosaic in the hidden Placeta de la Seda in the centre of the Alcaicería. Once we pass it, we arrive at what was the Great Mosque square to visit the Madrasa. The Madrasa was the first public university of Al-Andalus. Theology, law, philosophy, astronomy, literature, Koran studies, etc. were studied there. Today only the Oratory with a beautiful Mihrab is preserved.

At the old Great Mosque square, we can briefly visit the Royal Chapel. There are the tombs of the Catholic Kings, of Felipe I “the Beautiful” and Juan I “the Mad”. It would be impossible to think to give those nicknames to any public person today. Fortunately, times have changed even though they remain in popular culture.

After leaving the Royal Chapel, we continue our journey to the Cathedral of the Encarnacion. The first thing we see is the Sagrario Church. This church was built in the 18th century on top of the old Gran Mezquita de Granada. This is normal in many churches in Granada, that were built on top of old Muslim temples.

The Cathedral of Granada was built after 2 centuries, finished at the beginning of the 18th. century. Even though it is an amazing monument, being surrounded by other buildings around it, its grandiosity is less perceived.

We will continue to the lively Plaza de Bib-Rambla dating from the 13th century. It has witnessed the most relevant historical moments in the history of Granada. Sucha as popular festivities, bullfights, the burning of the library of La Madrasa, executions of the Inquisition… etc. Let´s sit down in one of its cafeterias to eat a good “chocolate with churros” and regain strength before continuing.

On a full stomach, we go down to Calle Mesones. This is the main commercial street in Granada, that leads us at the Plaza de la Universidad. There, we find the Faculty of Law and the Church of Saint Justo and Pastor among other monuments. From here, the music of the 16th century Conservatory of Music, guides us to the old and beautiful Hospital of San Juan de Dios from 15th, century. It was the first hospital of the order created in the world. Attached, it is the Basilica of San Juan de Dios from the 18th century, a jewel of the Baroque and where the tomb of San Juan de Dios is located. It is impressive, no wonder more than one person has experienced something similar to the Stendhal syndrome.

It’s time to go back to the meeting point, so we cross to Gran Via Avenue. Before we finish our tour, we will make another stop to have an ice cream at the mythical Los Italianos. 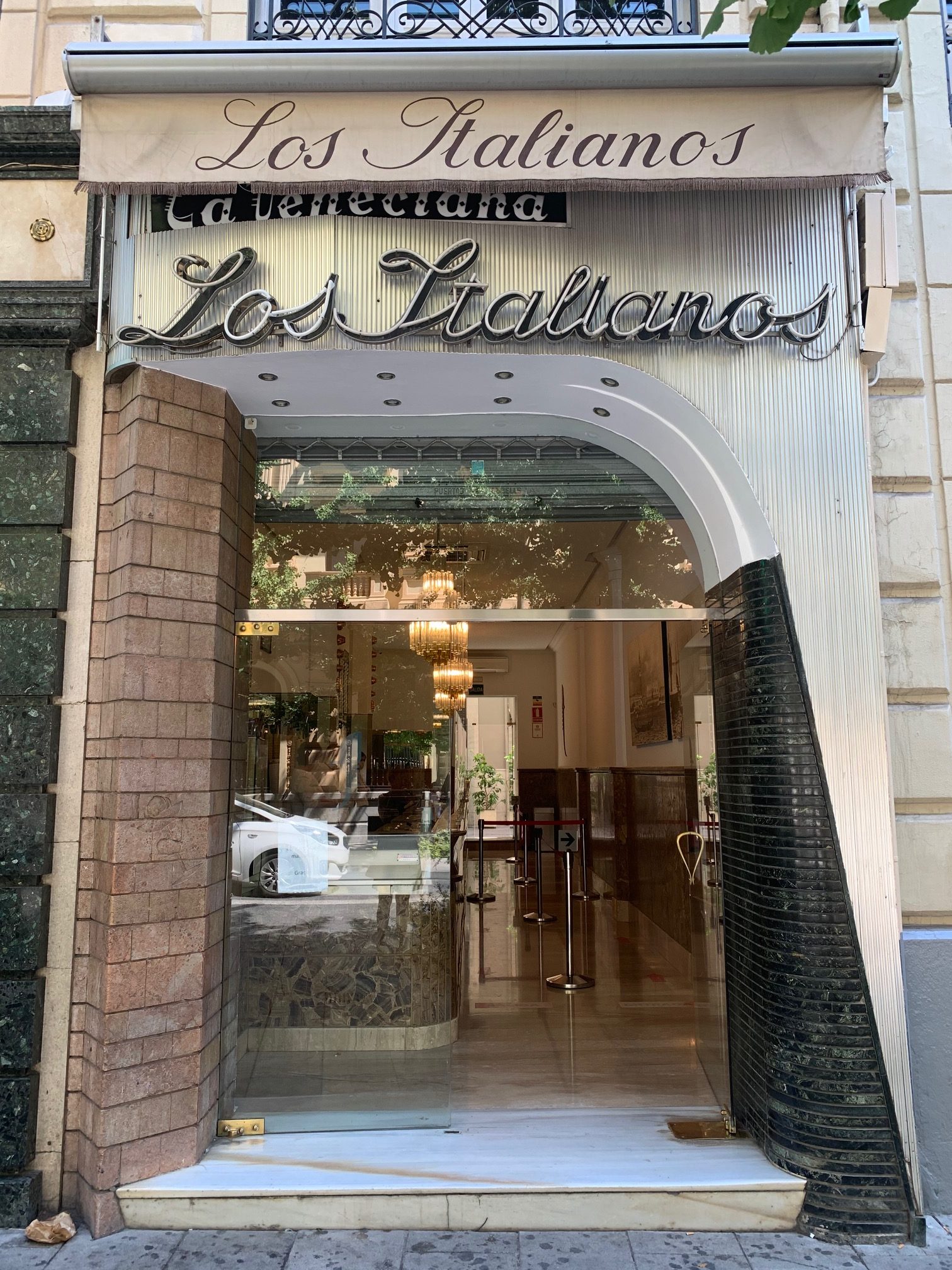 Even Michelle Obama herself, being the first lady of the United States, made a stop at this place to taste the delicious delicacy with her girls when she came to visit Granada in 2010. Obviously, my students never miss it. So, on the stairs at the foot of the Queen and with the sound of the fountain in the background, we ended our visit to Granada Historical Center tour. Tomorrow, the Albaicin neigborhood.