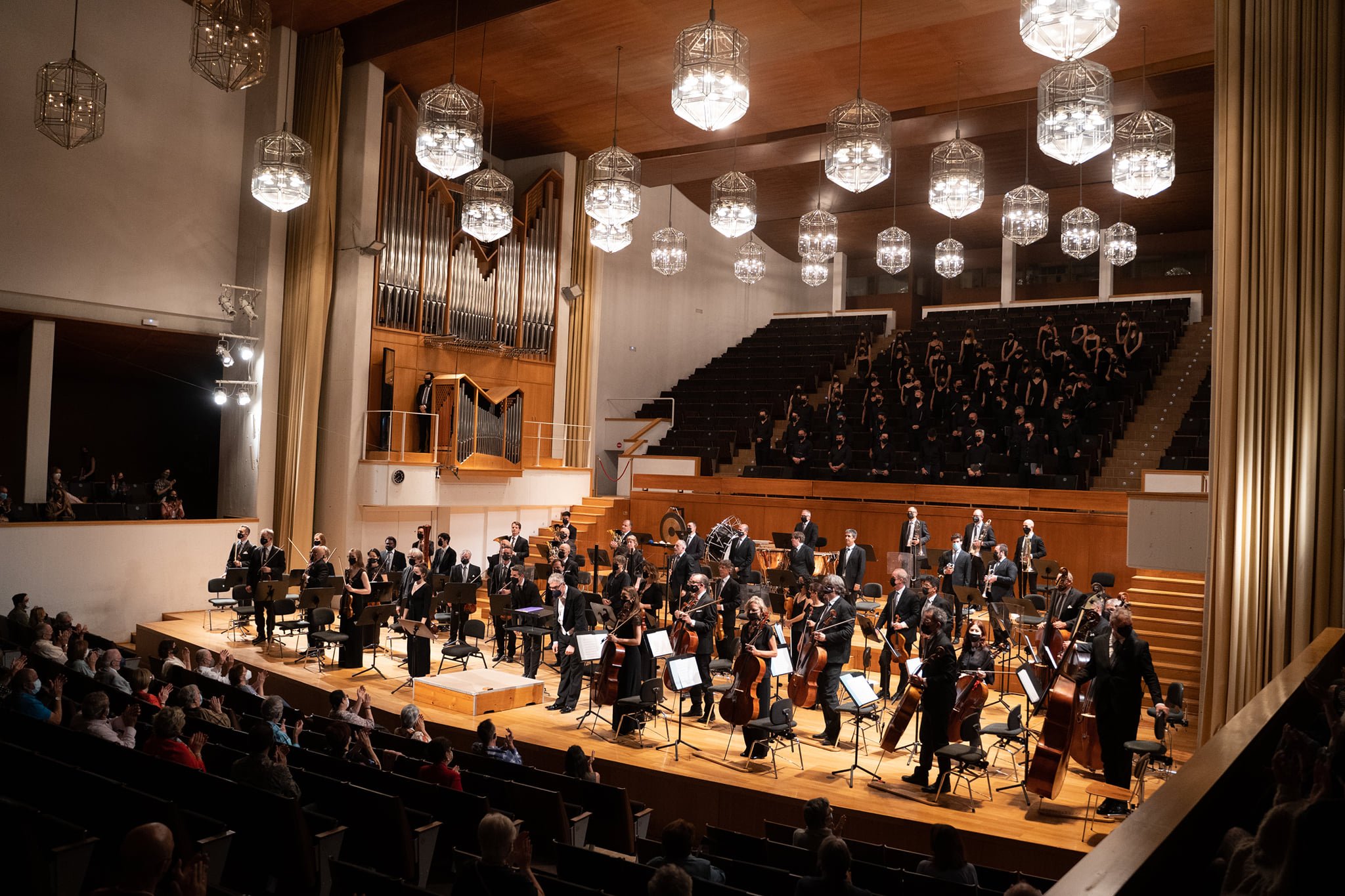 We will try to vendicate in this post the importance of the OCG, and its contribution to the music and Granada.

The OCG, composed of more than 40 Spanish and international musicians, began as a classical symphony orchestra. It has performed its pieces in Granada and in the main concert halls of Spain and Europe. Such as the Auditorio Nacional de Música in Madrid, the Palau de la Música in Barcelona, or Teatro alla Scala of Milan in Italy. At this moment, Lucas Mecías is its conductor.

Needless to say, the quality of the interpretations have been awarded with countless distinctions and recognitions. To mention a few, the Medal of Honor of the Royal Academy of Fine Arts of Granada, and the special distinction Bandera de Andalucía 2015. We cannot forget to mention the International Festival of Music and Dance of Granada, whose main artist throughout all the festival is the OCG.

The OCG has also a social component. It has developed social projects such as The Heart of the OCG. Through this, they offer concerts to different social associations and special groups. And an educational component. The OCG develops concerts for children and young people, as well as open rehearsals and training courses for music teachers. The OCG stands out among other orchestras in facilitating the understanding and passion for classical music to the people. Check the program for 2021-2022 season here.

The Choirs of the Orchestra City of Granada

The OCG Choir originated in 2004, is a versatil personnel choir able to performance a variety of repertoires. From symphonic, operistic, chamber music, until contemporary music, the Choir is up to the quality of the OCG. They have preformance with prestigious orchestras besides the Orquesta Ciudad de Granada. And attended different venues such as Teatro de la Zarzuela in Madrid and the Palau de la Música in Barcelona.

The OCG Youth choir is a promising training project that started in 2015 as a talent pool for the OCG. Formed by music students from 16 to 24 years old, mostly from the Conservatory Victoria Eugenia of Granada.

In both cases, the auditions to form part of the choirs require excelence from the candidates.

We didn’t want to end this post without mentioning Ensemble NeoArs Sonora. It is a group of 8 musicians who came together in 2008 to promote the excellence in contemporary music. Most of its components are part of the OCG. And among them, we want to highlight the figure of its percussionist, Noelia Castro. One of the best in Spain in a remarkable instrument in this type of music.

NeoArs Sonora pursues the excellence of contemporary music by vindicating emerging composers and in particular, the work of women composers. Moreover, they seek the promotion of the Spanish music, which led them to play in the most important national and international festivals of contemporary music.

The Orquesta Ciudad de Granada is one of the most important in the country. Not only for its recognized fame, but also for the educational and social work it develops. Its members have an artistic and cultural background that enables them to carry the seal of excellence in the interpretation of their instruments. Without forgetting their passion for music, which leads them to explore various styles beyond the OCG’s own.